Every summer, Siena province, Italy twice welcomed tourists here to attend the medieval horse racing style Palio. The Palio horse racing is famous for not having any rules except that the racer is not allowed to influence the opponent’s reins. Horse riders do not use the saddle, the whip can be used to whip horses or lash each other. Many people said they were impressed with this competition by its medieval style.

Under the summer sun, tens of thousands of viewers were still willing to cheering and waiting for hours just to watch the race only take 90 seconds. The fact that tourists faint at this festival often happens. Since the 13th century, this race is held annually on July 2 and August 16. In the past, this was the training of the army of the ancient Romans. In the first time this festival took place, the competitor used the cow, then the trick then went to the horse. Today, 10 of the 17 districts in Siena province are represented. 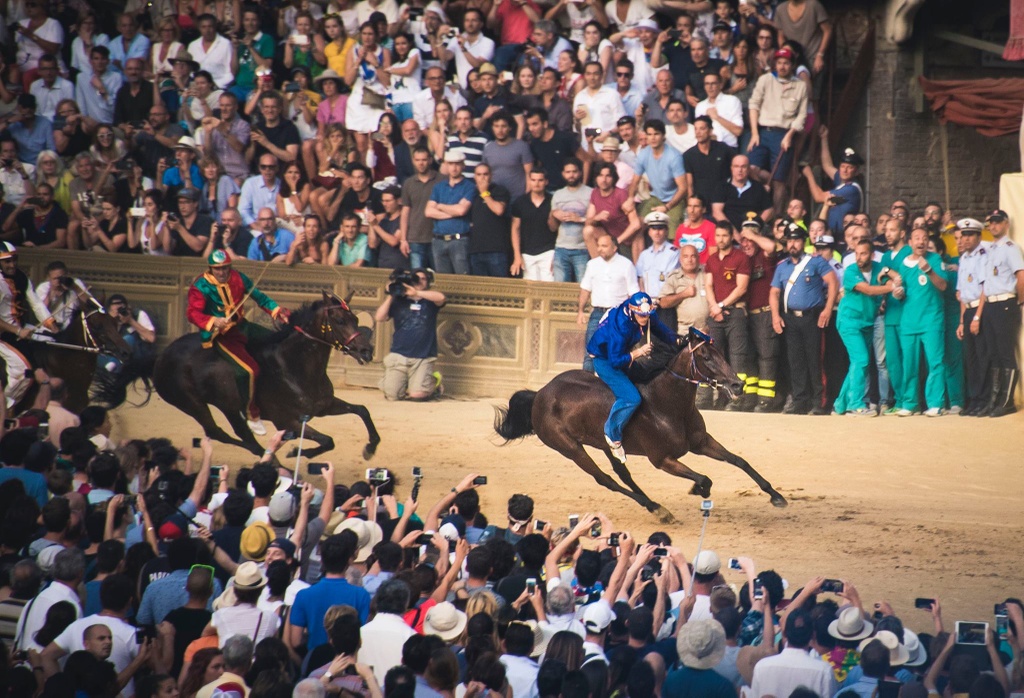 The 17 Siena counties will go through a lottery to decide if the team will be involved. 10 lucky districts will be able to choose a representative to compete for, but not to choose a horse. People and horses can only meet four days before the fight. The name Palio in Italian means “flag”. This is also the only reward for the winner of the race. This famous event is meant to honor the Virgin Mary.

In addition, the winner will celebrate by sucking a pacifier or drinking with a bottle, the wish to show that he has been revived. Meanwhile, the runner-up was more despised than the last one. Before the official race took place, there will be 6 test races the previous few days for the horses to get used to the track and the crowd. The race officially took place around 19pm with 3 laps around the square. In a very short time of 90 seconds, the race created a very stressful, suspenseful mood for viewers.